At Innovature, we are in great sympathy in this midst of global crisis of Covid-19 and our mission is to providing you the best offshore resources and BPO services so your team can focus on the core business. We would want to understand your needs and demands and how we can extend a timely support. Please let us learn more about how we can help you.

Video shoots and remote productions have seen a surge in recent months as many of us are forced to stay home. In the current virtual event realm, the demand for high-quality video production is at an all-time high. While staring at a screen doesn’t quite measure up to the energy of an in-person experience, a video with thoughtful pacing and a captivating audio mix can stir a similar reaction in the audience. There are several elements at work behind the scenes of a great video. In this post, we’re going to discuss the basics of video editing and post-production. 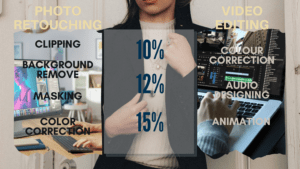 So, what is video post-production? Post-production starts once a video has already been written, storyboarded, and filmed. The post-production process is where video editing and graphic magic happens. This is when video editors and motion-graphic artists will work to edit the storyline, mix the soundtrack, add voiceover, and create special effects for the project.

Film post-production is one of the most important steps of making a video, and a great production company can turn your raw footage and ideas into a compelling, engaging product! What exactly goes into post-production work for a video?

Video Editing
After filming is over, the editing process begins. Video editors take a close look at the hours of raw footage available and choose the best takes for the final sequence. A professional production company will most likely use industry-standard editing tools like Adobe Premiere, Avid Media Composer, Final Cut Pro, or Davinci Resolve. Once we’ve picked the best takes, we then cut the film together in accordance with the script and storyboard in a way that pulls focus to your core messages. During editing, some companies may request additions or revisions – make sure you reach an agreement with your production company beforehand to avoid unnecessary delays. 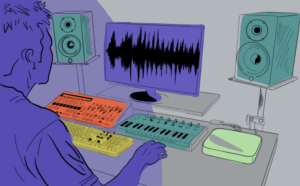